The Half and Half Man 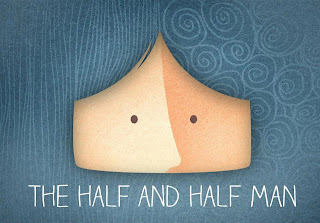 The Half and Half Man
By: Jonathan Chan

He wanted to paint, and to draw, and to sing
But he didn't know what the future would bring

This, he decided, was what he would do
He'd think up a motto, think it through and through

By that he'd abide, by that he'd exist
So he scrunched up his brain and he thought up this

The motto worked fine for a while and a bit,
But he quickly realized that nothing quite fit

Work at an office? He didn't like that
And busking meant spare change and permits and hats

And he wasn't an artist. No, not per se
His palette lost it's color, and started to gray

He said, "It's time to grow up," with resignation
"A charmed life was never my designation"

And with a wink and a twist,
A frown and a sigh,

He let go of his dreams
And he waved them goodbye