My friend once asked me. Back then, I was offended. She underestimated me. But after a while, I got sorta similar questions that I began to wonder myself "what is bravery anyway?"

I listed down all my fears and reasons why I feared them. Mostly, those were nonsense.

Like my fear of syringe. That horrifying mental image over a tiny metal? Oh come ooon.. why so scared? It was just one 'cusss' away. Like an ant's bite.

Anyway, what was the worst scenario could happen? Well... how if the injection jab jab jab throughout my skin and bones? How if I caught myself crying, hysterically screamed in front of strangers? How if I fainted and never woke up? GEEZ!

Thank God it didn't happen. And I deserved iced Milo and ice cream. YEAY! Childish? Oh well, like I care.

One night-til-dawn, I chit-chatted with Uswah, discussing about how we deal with our own fears. I told her that to get rid of it, I had to imagine the worst shit that could happen until I got sober from the nonsense. She laughed, "I don't get your brain mechanism. Maybe because I have no fear?"

She told me the story when she first came alone to big city from her small hometown. She just... came. No expectation. No worry. Nothing. She just did what she had to. Que sera sera at its finest.

I said, "If I were you, guess I might freak out for months, all by myself, until I reached that 'que sera sera' point. At the end, I might appear at the same level of calmness, but that's because I'm done being afraid".

"You're such an inefficient person. You imagine the worst case even before it's actually happening. How if it IS really happening? Like it or not, you still have to find a way out. That means you have to work twice" Uswah argued.

I nodded. To some extent, she got the point. But unfortunately, it didn't work for me. If I didn't 'nyicil panik', maybe I would find no way out.

What I'm trying to say here is... we can have looong endless list of fear and still live with it. Am I no longer scared of syringe? No! HECK NO! All part of me is still against it.

If I had option, I'd rather cancel everything and run away from it. Or maybe I could invent a genius lifehack where there is no longer need to use that sharpie tiny metal for blood testing.

In sum, bravery isn't defined by how big is your fear but how you face it. So... I guess I'll answer my friend's skepticism with this: 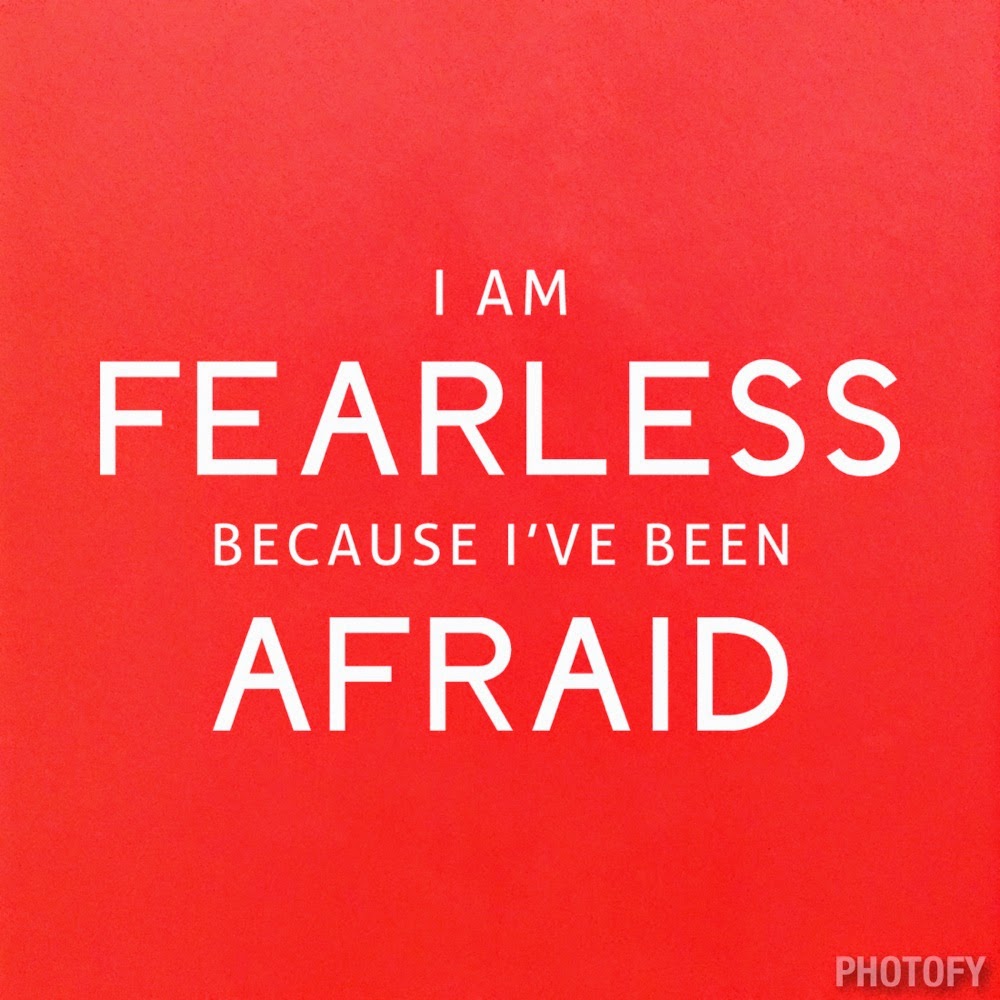